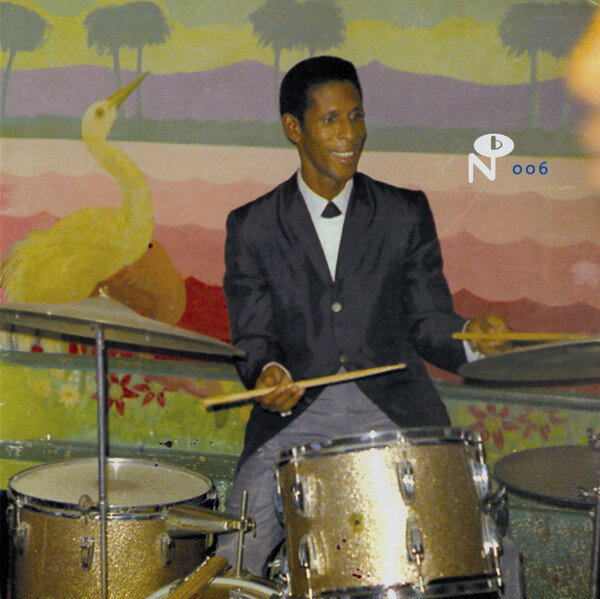 Cult Cargo: Grand Bahama Goombay
The second in our series exploring the pan-American funk experience, Cult Cargo: Grand Bahama Goombay is a deep overview of Funky Nassau’s redheaded sister city, Freeport, on Grand Bahama Island. A "cargo cult" is what happens when one culture begins worshipping the byproducts of another; Cult Cargo is what happens when that devotion is returned. From 1969 to 1976, Frank Penn’s GBI studio and label cranked out a dozen LPs and twice as many singles, each infected by the Detroit-by-way-of-Miami sounds drifting east across 100 miles of Florida strait. GBI's catalog is a fruity blend of poolside soul, second-deck cruise ship karaoke, sand-in-your-bathing-suit funk, jump rope rhymes, hurricane-ravaged R&B, the regional delicacies of rake n’ scrape and goombay....plus a 13-minute “Mustang Sally” that stresses the classic to breaking point, and goes ahead and breaks it. Fire up the blender, crank the stereo, and slather on the SPF 35. Have your mail held. Frank Penn's funked-up Freeport, Bahamas, is a mouse click, a play button, or a needle drop away.

Novelties, classics, rarities, a single word: groove! Links in the comments, mp3 320 or FLAC. If a link is dead, let me know !